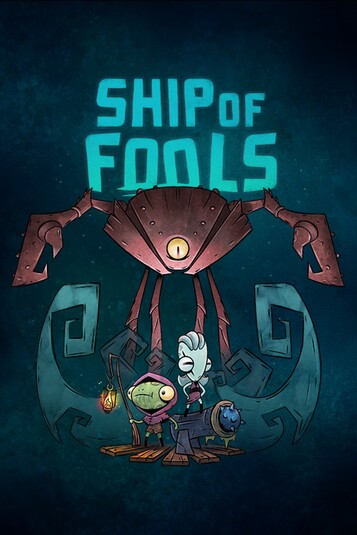 Ship of Fools is a seafaring roguelite co-op game where you play the Fools, the only creatures fool enough to brave the sea. The Great Lighthouse that once protected the Archipelago is broken and a storm of malice and corruption is coming.

Together, you and your ship mate will jump aboard The Stormstrider and make your voyage across the sea. Man the cannons, ready your sails and protect your ship from sea monsters over multiple runs. Its up to you to defend your home from the almighty Aquapocalypse.

In a clamshell, Ship of Fools is a game about blasting away your seaborne foes with mighty cannons as you defend your ship. Inspired by modern classic roguelites and built for co-op, youll want to bring your first mate on deck and enjoy oarsome combat as you unlock new trinkets and artifacts to help you save the world from catastrophe.